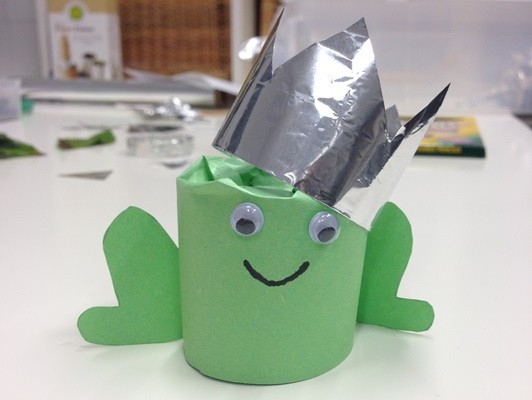 By Heritage Insider on

It is easy to waste money getting new resources beautifully designed and produced to later find they don’t work, or with a few tweaks could have worked a lot better. Avoid this potential disaster and test, trial, prototype and experiment. Article written by Jennie (Audience Insight and Evaluation Officer) May 2015

Formative evaluation sounds pretty formal, but really it is just a fancy way of saying testing. It can just be working out if your hunch for a good idea will work practically. You can never be sure how end-users will respond to a new resource, so testing it out in advance will give a much clearer idea. Testing in the development phase will help to reveal any problems, highlight those niggly little complications and maybe even show ways to improve.

Testing doesn’t have to be complicated or scientific, it can be quick and informal and still highlight a lot. The level of testing will probably depend on the level of investment. If you are planning to invest a lot of money in a new resource such as an app or new guide book, then you will want to do some extensive testing. If you have a good idea for a new activity sheet you plan to produce in-house, then a quick trial with some colleagues or willing visitors will do the job.

Don’t choose an audience of yes men who want to please. Try selecting a sample of participants who will be fair and happy to offer critical feedback as well as positive.

Have a back up plan in case the resource you are testing really doesn’t work. It could just be a slight alteration of the original idea, or a different way to explain it.

3- Try not to call it testing

People don’t want to feel judged so if you call it testing they will think they are being tested themselves. That in turn will effect how they use it. If you are asking visitors to help then start with something like: “would you like to try our new resource we are developing, we would really like some feedback to help make it better”.

Making it fun is especially important with kids. If you are doing some pretty extensive testing for a big investment then we can get bogged down with forms, questionnaires, box ticking and a million questions. Participants will soon get bored and you will get less insightful feedback. Keep it fun and simple.

5- Don’t push your own judgements or assumptions.

Just because you thought it would definitely work, doesn’t mean it definitely will. Avoid using leading statements or questions like: “How much fun did you find it?” it’s hard for someone to reply with, “not at all”, even if that’s how they felt.

6- Allow yourself to be surprised.

7- Keep your eye out for things you might never have considered.

You can have something planned to the finest detail and then someone uses it in a completely different way. Great, don’t force them to do it your way, give it a minute, maybe their way is better.

8- Don’t be afraid to admit you were wrong.

If you were totally off the mark with something then that is OK. Really, it is OK to be totally wrong sometimes. Better to work that out before you invest money, time and energy into it.

9- Don’t give up straight away, maybe you just need to try a different angle.

Although it’s important not to keep pushing your own judgements, don’t give in at the first hurdle. If participants are not getting something, maybe you didn’t give clear instructions, or maybe something just needs tweaking.

10- Think way outside the box.

It’s never too late to make changes if it makes the end product better.

Want some help or advise to test your resources, then get in touch to find out how we can help.